Rising sea temperatures, overgrazing, overfishing, and water pollution are causing the deforestation of kelp forests across the globe. Southern Australia and Northern California have lost 95% of their giant and bull kelp forests and declines have occurred on every continent. When kelp forests disappear, so do the fish, and so do the livelihoods that they support. 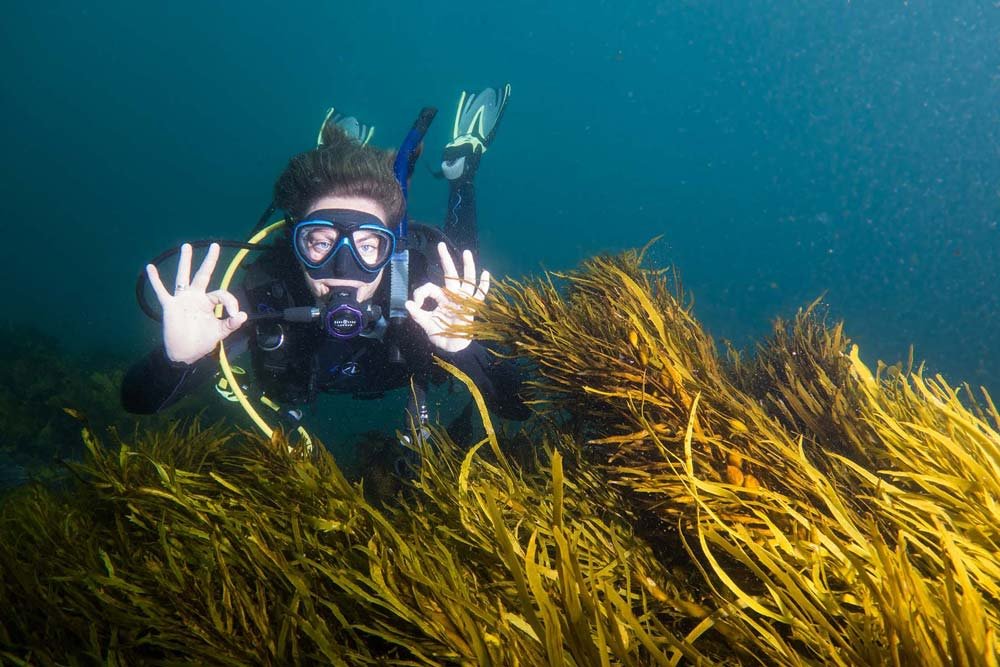 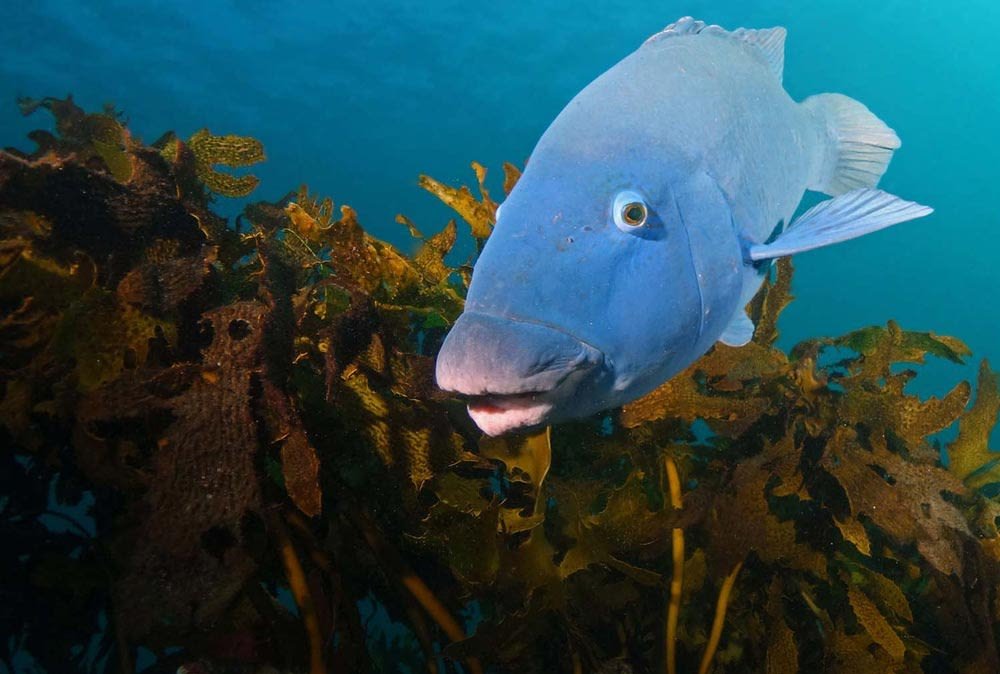 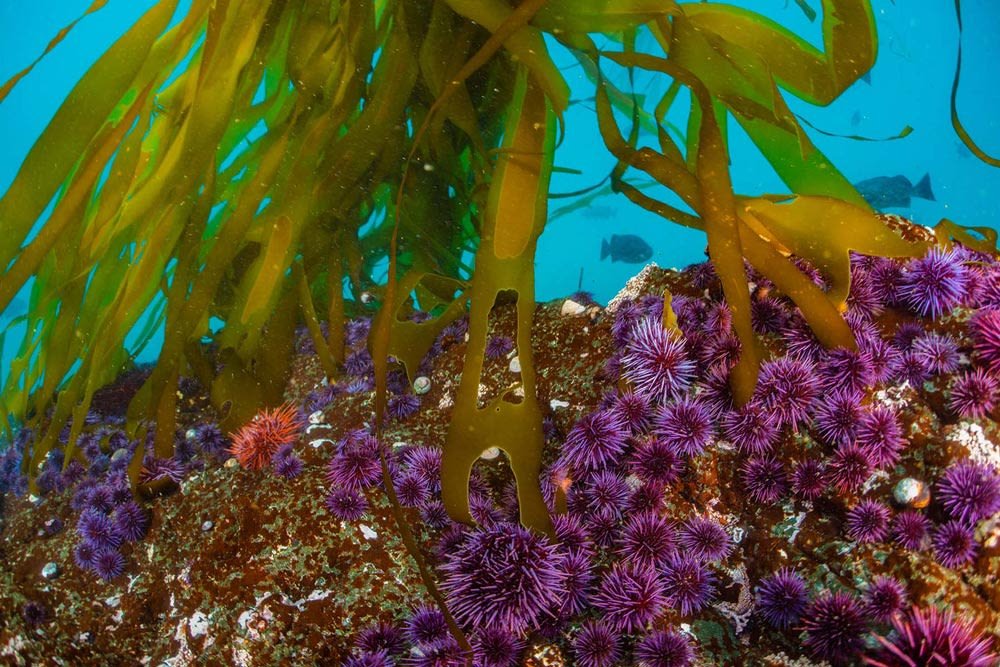 Beneath our temperate and arctic seas, kelps, a marine ‘plant’, create lush underwater forests that provide the thread for a rich tapestry of life. Within these kelp forests, sea birds and otters search for food. Abalone and urchins, cling to a wave swept rock as lobsters scuttle by. Fish brustle through the towering canopy while sea stars and hundreds of other marine species go about their daily business.

The benefits of these ecosystems to us humans are enormous. Kelp forests draw carbon from the atmosphere, exude oxygen, reduce damage from storms, improve water quality, and draw visitors to their depths.

“Within a kelp forest, discover all the wonders of the ocean.”

Once abundant across their ranges, kelp forests are vanishing across the globe. Lethal combinations of sea temperature rise, overgrazing, overfishing, and water pollution are causing the loss of this foundational marine habitat.

Many of these losses are extreme. In living memory, the thriving giant kelp forests of Southern Australia have been reduced to a shadow of their former range and today only 5% of the historic population remains. Northern California has lost as much as 96% of its Bull Kelp in less than a decade. Heatwaves in Western Australia caused kelp to be lost from 100km of coastline. Declines in kelp populations in Japan have forced the closure of centuries old abalone fisheries. These are not an isolated problem, other kelp populations across every continent are also in decline.

As we lose the kelp forest, we lose their wonder, and all the benefits they provide to the ocean and society. 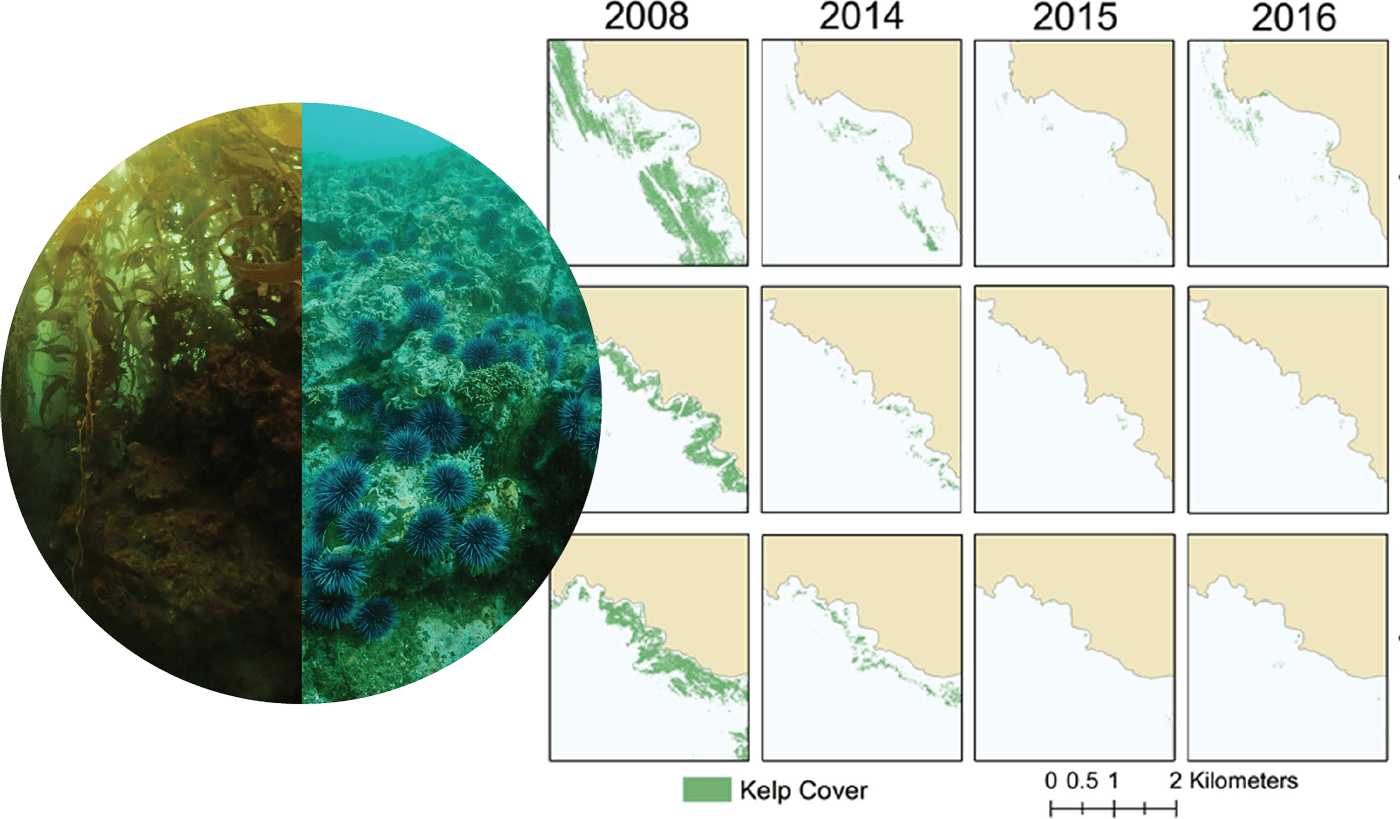 Donate today and save our sea forests